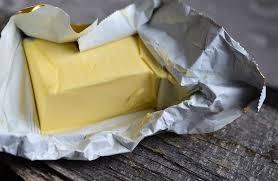 I got into an argument about food production once while working on my PhD in a café in Nottingham. The guy sitting beside me asked what I was working on an I told him I was doing a PhD on the social and ethical issues of growing energy crops on agricultural land. He was a neuro-marketing consultant but dabbled in the area and said he’d written an article comparing organic farming to genocide. This was because organic farming generally produces lower yields than conventional and if we are to encourage organic production this could limit food supplies for the growing world population. That framing seemed a little excessive and overwrought to me, so I put forward the argument that reducing hunger in the world isn’t just about the amount of food production it’s about access to food. It doesn’t matter how much food is produced if people can’t get access to it because of poverty, isolation, war etc. And this point is too often ignored by focusing on the latest sciene and technology for increasing food production. The argument got somewhat heated and we parted ways with him thinking I was an idealistic hippy and me thinking he was living in some techno-scientific fantasy world and really didn’t have a clue about how food systems actually operate. But he paid for my coffee, so all’s well that ends well.

The idea that the main purpose of agriculture is to produce more food is called in social sciences productionism or productivism. The idea has a long, though chequered history. Increasing food production as a moral imperative is expressed nicely by Jonathan Swift in Gulliver’s Travels:

'And he gave it for his opinion, "that whoever could make two ears of corn, or two blades of grass, to grow upon a spot of ground where only one grew before, would deserve better of mankind, and do more essential service to his country, than the whole race of politicians put together.' 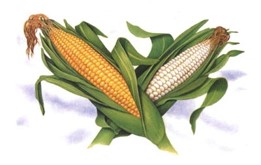 Swift was writing at a time of deprivation in the 17th and 18th centuries where the effects of hunger would’ve been very visible in the UK and Ireland.

Research on ideals farmers hold themselves and their peers up to repeatedly finds that farmers value high production. Producing large quantities of cereals per hectare or litres per milk is taken to demonstrate skill to other farmers, who peer over their fences or look at their livestock at the mart, and to meet their moral duty of feeding the world. Assets like high tech, modern machinery and more and better animals can bestow status on farmers.

At the farm level many have pointed out that that high production isn’t necessarily compatible with profitability. If you produce food at a very high cost, you can be incredibly productive but lose a lot of money. Organisations are trying to reorient farmers towards focusing on their bottom line. Producing less if it’s at a lower cost can be the rational thing to do.

Productivism is undoubtedly back on the market and scientific agenda now with the common refrain that there is a need to feed the project 9 billion people by 2050. Modern productivism involves a commitment to overcome environmental problems cause by conventional agriculture often called ‘sustainable intensification’.

I got thinking about why producing more food is a good thing while exploring visions for the future of the dairy sector in Ireland. The Irish government set a target for increasing milk production by 50% after the removal of milk quotas in 2015. This is a very ambitious target and was developed in 2010 in the midst of the economic recession which hit Ireland particularly hard (I graduated in 2009 with a degree in philosophy and swiftly emigrated like many of my cohort). Growth in the food sector was part of a way out of the crisis of unemployment, mass emigration, housing price decline and government austerity.

And interestingly, from what I’ve read, the continued expansion of the Irish dairy sector is being framed more as a market opportunity rather than a ‘moral imperative’. To me this seems somewhat more honest, as it stated that Irish dairy exports will be bought by increasingly affluent middle-class consumers in the global South, rather than those in desperate need of sustenance.

Ireland’s economy is currently buoyant again and the ambition for the dairy sector has been partly realised. Where now for the dairy sector? There is debate happening about what exactly a flourishing and healthy dairy sector means. Some in the industry caution against expansion without considering the impact on work/balance and lifestyle. Expansion in milk production has led to expansion in greenhouse gas emissions, making it more difficult to meet EU commitments for reducing greenhouse gas emissions and improving water quality. And animal welfare could be compromised through hasty expansion without investment.

The inclusion of a wider set of values alongside productivism in discussions about agriculture can only be a good thing. The imperatives to “feed the world” and “allow farmers to make a living” can be used as argument stoppers that produce a very narrow conversation. And never mind questions about what you’re feeding to whom and what kind of living those farmers are experiencing. At an agricultural event last week, a woman milking 90 cows professed herself to feel a little intimidated or inadequate when she found out that the woman she was speaking to milked 500 cows. Perhaps it’s easy for me to say as someone who doesn’t milk any cows, but does 500 need to be seen as greater than 90 in any way other than numerically?