Thanks to the farmers who took part in the survey

A sincere thank you to everyone who took part in the farmer survey. One of the most satisfying parts of being a social science researcher is people engaging with the questions you’re posing and taking the time to respond. Without that engagement we’d just be sitting in a room wondering what farmers think about year round housed systems or why they chose the system they did.

I designed a survey about farmers’ production systems and views on pasture, high input and indoor systems. There have been 761 responses: 391 from Ireland, 370 from UK (76 in England, 15 in Wales, 254 in Scotland, and 25 in Northern Ireland). We pledged £2 (and equivalent in euros) to charities helping farmers for every survey completed. We have raised €869.35 for the Mind Our Farm Families phoneline run by Pieta House and the IFA in Ireland, £504 for the Royal Scottish Agricultural Benevolent Institute, £172 for the Royal Agriculture Benevolent Institute and £50 for Rural Support Northern Ireland. That's a total of £1508 or €1751. A donation has been made to Pieta House and is on its way to the other charities.Edit

The UK sample is very Scotland heavy, and Scotland has the smallest number of dairy farmers of the countries in the UK. Scottish farms tend to be bigger and potentially more indoor focused than other UK farms. The survey was 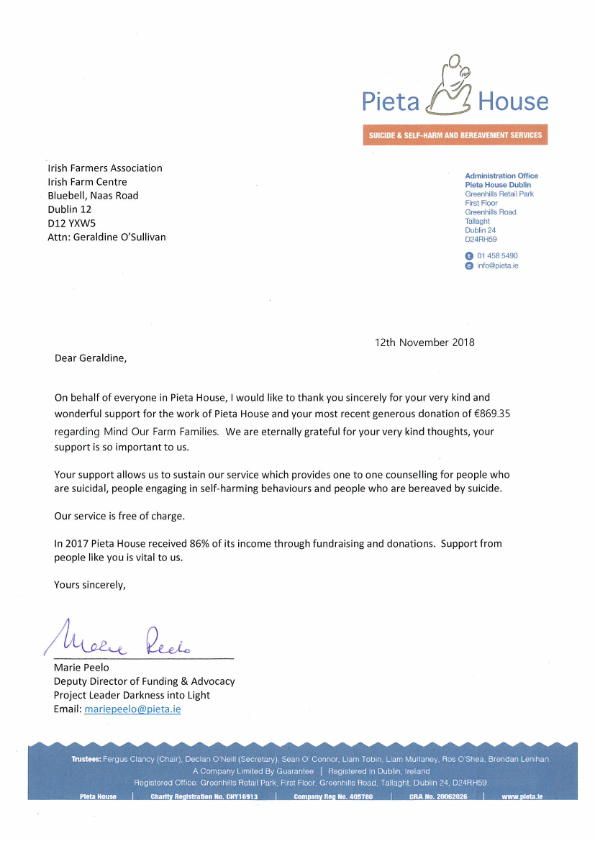 sent by post to all Scottish dairy farmers, whereas it was disseminated through farming organisations and the media in Ireland, Northern Ireland, Wales and England. However the responses match the demographics of UK wide dairy sector quite well so the sample should be sufficient for a UK/Ireland comparison.

One of the best parts of my job is interviewing people where you get to sit down with someone and ask about their experiences and get insight into their perspective on the world. But you also can’t beat the dopamine hit that comes from pressing a button and getting an instant, interesting statistical answer. A very wide range of farmers responded to the survey. The biggest farm was 1800 cows and the smallest was 10. Milk yields ranged from 16,000 litres per cow per year to 3000. In the UK 19% housed all or some of the cows all year round and in Ireland 2%. A total of 111 farmers left a comment at the end of the survey to express an additional sentiment about the dairy industry and 175 agreed to take part in a one to one interview in the next phase of the project.

I’m currently undertaking analysis and will release the results in due course. Farmers who responded were given the option of receiving the results of the research and I’ll keep those who assented updated of the findings. In the meantime, thank you for your time and insights.